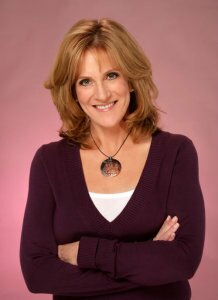 Leifer is a stand-up comedian, writer, producer and actor and has been involved in such television shows as Seinfeld, It’s Like, You Know…, Alright Already, The Larry Sanders Show, Saturday Night Live, and The Academy Awards.  She has performed on Late Night with David   Letterman, The Tonight Show Starring Johnny Carson, Dr. Katz, Politically Incorrect, Hollywood Squares, Late Night with Conan O’Brien, and The Tonight Show with Jay Leno. Her hosting duties have included four seasons of A&E’s Caroline’s Comedy Hour, as well as guest stints on Talk Soup and Later. Her stand-up experience includes opening for Jerry Seinfeld and Frank Sinatra. Sinatra praised Leifer as “one funny broad!” and “I wish my mother had been that funny – I wouldn’t have had to work so hard.” She continues working the stand-up circuit and  is a writer and co-executive producer on the CBS sitcom Rules of Engagement. Her latest book “How to Succeed in Business without Really Crying” was released in October.

Montgomery Woman’s Club Town Hall Lecture Series is one of the longest running lecture series in the Greater Cincinnati/Tri State area. Money generated by the series goes to fund arts and cultural programming in the Sycamore schools and scholarships for young people and women. The Montgomery Woman’s Club was organized in 1952, dedicated to community service and building community. MWC, Inc. is a non-sectarian, non-partisian, 501(C)3 organization supporting education, advocating for women in education and health care and promoting awareness of domestic violence issues.