BAMSO Presents “From the Top” Feb. 23 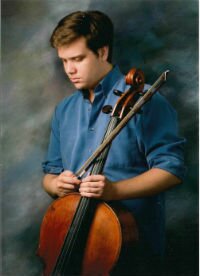 There is no lack of musical talent in Cincinnati, and these young soloists, two of whom are first-place winners of the Orchestra’s 2013 Young Artist Competition, plus cellist Benjamin Fryxell, a first-place winner of the 2012 competition, are reflective of this abundance.

Isabella Geis, 16, a sophomore at Walnut Hills High School, is a member of the chamber orchestra and an active cross-country runner.   Isabella began studying the violin when she was 5 years old. By the age of 12, Isabella made her debut as a soloist with the Cincinnati Symphony Orchestra. Last year she was a finalist in the Overture Awards at the Aronoff Center. She will be playing the first movement of Jean Sibelius’s Concerto for violin and Orchestra in d minor.

Eleven-year-old Christina Nam is a sixth grader at Freedom Elementary in West Chester, Ohio. She is the youngest member of the Starling Chamber Orchestra at University of Cincinnati, College-Conservatory of Music where she studies with Prof. Kurt Sassmannshaus.

International Music Academy in Beijing, China. The following year, Christina made her debut as a soloist with the Cincinnati Symphony Orchestra in one of their Lollipop Concerts.  Her other solo appearances include at the Chicago Cultural Arts Center and the National Center for the Performing Arts in Beijing.  She will be performing the first movement of Felix Mendelssohn’s Concerto for violin and orchestra in e minor Opus 64.

Cellist Benjamin Fryxell, now studying a Julliard in New York City, is returning to Cincinnati to perform in the world premiere in Frank Proto’s Divertimento for Cello and Orchestra. He last appeared with the Blue Ash-Montgomery Symphony Orchestra in February of 2013, and is very excited to be back for this premiere. Also in 2013, he performed with the combined forces of the Cincinnati Symphony Orchestra with the Cincinnati Symphony Youth Orchestra as the grand prize winner in their 2012 concerto competition.

The concert will take place at the St. Barnabas Episcopal Church, 10345 Montgomery Road in Montgomery.

All concerts are free to the public. The Orchestra appreciates the support provided by the City of Blue Ash, the City of Montgomery, ArtsWave, the Ohio Arts Council, the Montgomery Women’s Club and the Montgomery Arts Commission as well as that of our individual contributors.